Things that are different - Juma

There are many things that are different for me living in Uganda.  I would show you all of them but I will only show you four.  (It takes sooooo long to upload pictures!)

1. We drive on the left side of the road and the steering wheel is on the right.  Recently Okello, Nadine and I have gotten mixed up because we are so used to going to the same side as the driver.  Then we realize that there is no door on that side of the van. 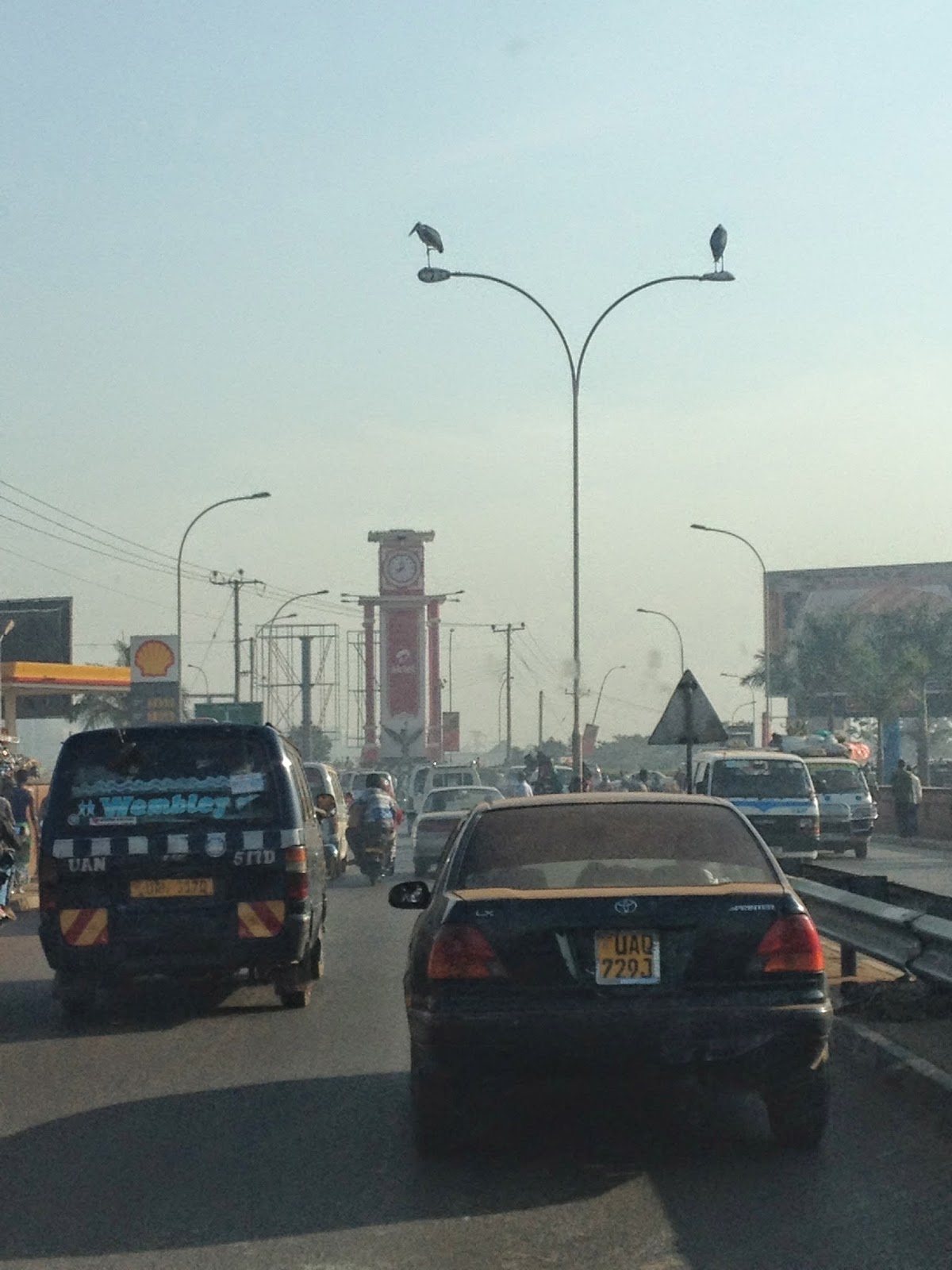 2. In Uganda there are many mosquitoes.  They like me and especially Okello.  It's annoying and we don't want to get malaria.  So we sleep under mosquito nets.  Surprisingly, I got used to it very quickly. 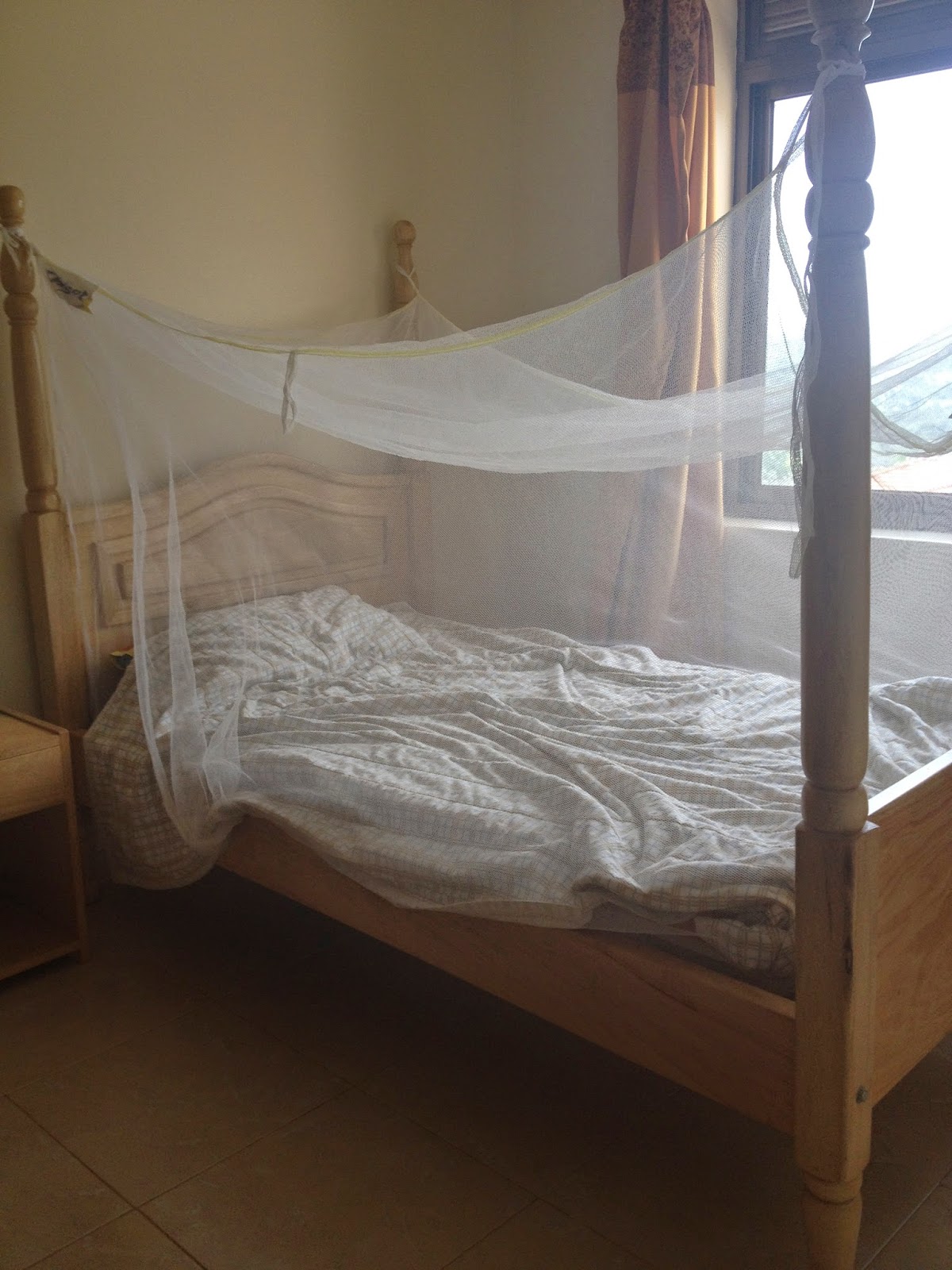 3. Notice the next picture of milk says, "Full Cream Milk."  That and whole milk are what you find in the stores.  Sometimes you can find skim milk but not often. We haven't seen my favourite milk, 2% milk. This milk is very rich and I don't prefer it so we add cold water to our cups of milk.  Or, my mom makes chai, which is tea with milk (see picture below milk).  We have chai at breakfast and as an afternoon snack. I am starting to get tired of it.  But Papa will never say no to chai. 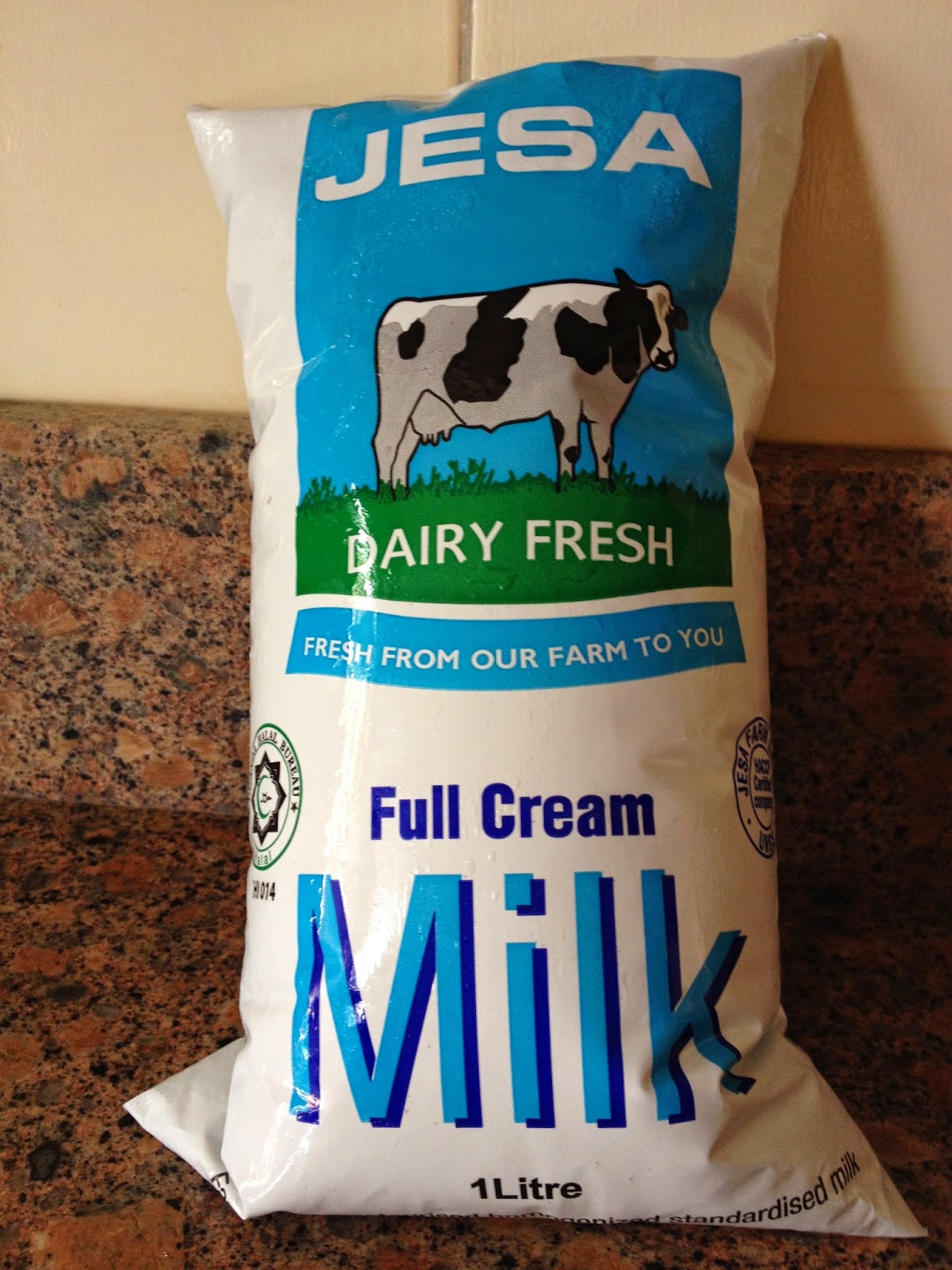 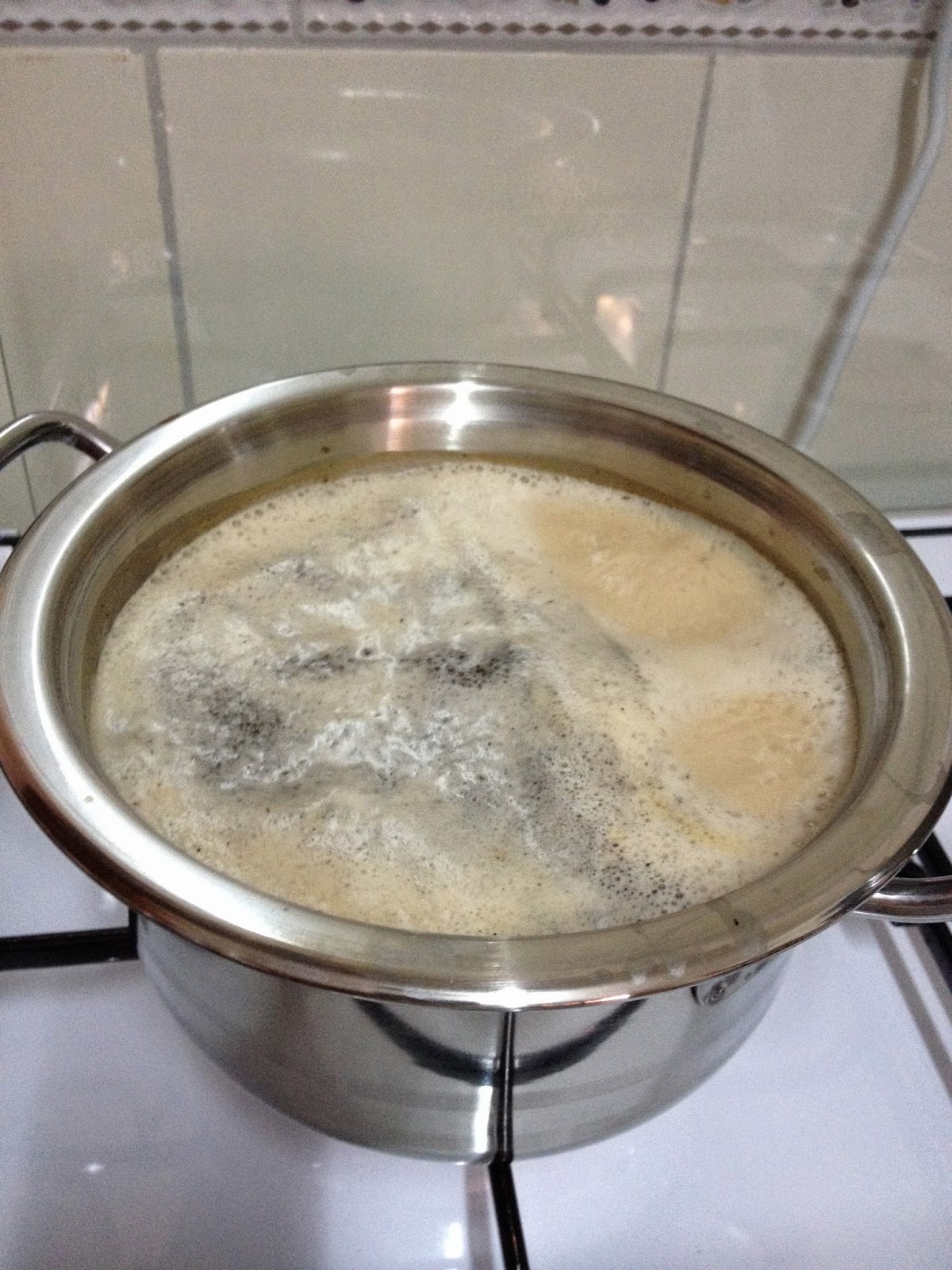 4.  We now have a dog!  In Canada, Papa said that we would not have a dog because of where we lived.  Now we have a guard dog for security.  Right now he's still a puppy and he likes to play, as you can see in the picture.  His name is Lobo, which means "wolf" in Spanish.  He is very jumpy in the morning but then when the evening comes he is tired, which is interesting because that's the opposite from me.  I don't want to run around with him in the morning, but I would rather in the evening.  He is a good dog and I'm happy that we have a pet.  I didn't think it would be this fun.  The only thing I don't like is cleaning up his poop. 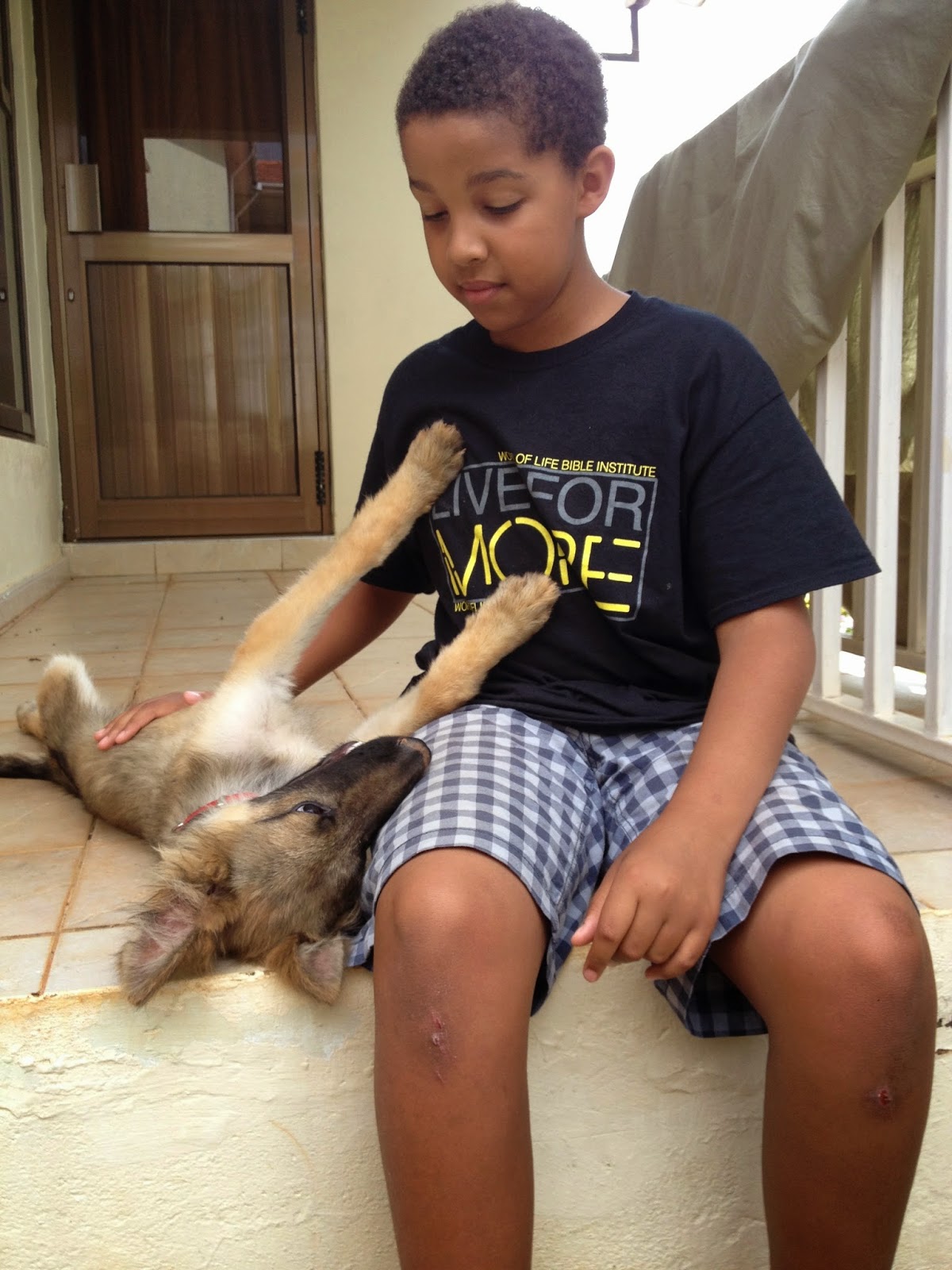 I'll show you more some other time.

After spending a few days at our parents' place in Koru, Kenya, we left for Nairobi on Thursday, March 27.  While the drive to the city wasn't anything different than what we had been used to 10 years ago, when we reached the outskirts of Nairobi, we were pleasantly surprised by the many changes that had taken place:  the road system, the trees, the skyline (many new buildings).  We even got a bit disoriented traveling from Westlands to Kahawa (different parts of the city).

Again, we spent time visiting family for the most part, but also a few friends.  We simply could not see all the friends we wanted to, and hope to see more again on another trip.  We saw many, many friends at Parklands Baptist Church on Sunday morning.  It was a great few days in the city and we look forward to returning again later this year.

On the last day before the long drive back to Uganda, we visited Word of Life Kabete (just outside of Nairobi).  So many memories came flooding back... Welli had spent over 13 years there... he and I lived there the first few months after we were married... a lot of great ministry and outreach has taken place there and we were very happy to see the beautiful grounds, but also dear friends there.

We are grateful for the hospitality we received from family and friends!

As most of you know (yes, there may be some readers who do not know), Welli is from Kenya.  His family in Kenya have been aware that we are in Uganda, and were eagerly waiting for a visit from us.  We, too, were eager to visit the extended family!

So we left early in the morning on Sunday, March 23.  We crossed the border from Uganda into Kenya with no difficulty.  We made it into Kisumu by early afternoon.  Kisumu is the biggest city close to where Welli's parents live, where we had some lunch, and also picked up a few items to take home.

And a joyful reunion it was!  Juma and Nadine and I (Dolly) had not seen "Babu and Dana" (Grandpa and Grandma) in almost 10 years.  Juma and Nadine do not remember the last time they saw them, as they were less than 2 years old.  As well, this was the first time Okello met them.  We were also glad to see other family members: Welli's brother (and his family) and sister (and her daughter).  The kids really enjoyed meeting and getting to know a few of their cousins.

Here are a few photos...

Stay tuned for Part 2, covering our time we were in Nairobi.
Posted by Dolly at 10:22 AM 1 comment: